GONE GIRL VS. GIRL ON THE TRAIN A Fair Comparison?

GONE GIRL VS. GIRL ON THE TRAIN
A Fair Comparison? 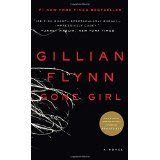 When I finished reading Girl on the Train, by Paula Hawkins and left my review on Amazon.com, I noticed how many people had compared it to Gone Girl, by Gillian Flynn. Until then, I hadn’t been aware of the critical buzz concerning their similarities.
I enjoyed both books. Suspense is what I read almost exclusively, and I read both books eagerly. I read Girl on the Train nearly a year after reading Gone Girl, but only months after seeing the movie of Gone Girl. Did I make a mental comparison between them? I did, but only as far as recognizing that both books had a central theme of a missing woman. 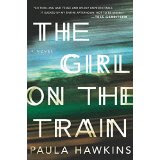 That similarity in theme, for me, in no way detracted from my enjoyment of the book I read second, Girl on the Train, so the negativity with which they were compared surprised me.
Let’s be honest. If you are a constant reader of suspense like I am, you know that the old saying about new ideas holds true. Mark Twain said it best:

There is no such thing as a new idea. It is impossible. We simply take a lot of old ideas and put them into a sort of mental kaleidoscope. We give them a turn and they make new and curious combinations. We keep on turning and making new combinations indefinitely; but they are the same old pieces of colored glass that have been in use through all the ages.

Each book dealt with the idea of a woman missing in a new and unique way. The creativity of the authors is what kept both books on the bestseller list for so long. Girl on the Train’s huge success is proof of Twain’s literary wisdom.

What we can learn from this as authors.
1.     Don’t be afraid to use an old, established plot if you like, but Develop a new, creative twist, remembering Mark Twain’s mental kaleidoscope.

2.     Timing  Two things: A new book can ride the wave of an earlier, successful one, as Girl on the Train did, and that can be sales magic. But publish too soon and your book could drown in that wave. Best to hold off until the other book has died down in popularity.

3.     Characters are everything  To pull off a book like Girl on the Train, the characters have to be new and unique, nothing like the ones from the predecessor. It is our characters that make or break a book’s popularity, and interesting characters are even more vital when writing a book with a popular theme.

4.    Title While both titles include the word, girl, each is unique and catchy. I loved the title, Girl on the Train. The title alone made me curious about what was inside.  So the title too, by having a similarity, put the book on the popularity wave. Take time to think of a catchy title.

My only complaint about these two books, (and my issue really isn’t about them), is
whenever a book (or a movie!) gets such lavish praise as these two did, by the time I got around to reading them, it was impossible not to be somewhat disappointed. Nothing could have lived up to all the hoopla surrounding them. Does that mean too much publicity be a bad thing? I would love to have that problem for my next book!

Dear Readers,
There have been a lot of good suspense books out lately. So much that reading is distracting me from my writing. I probably need to set a timer when I read, but I excuse my literary distraction by telling myself how much I’m learning when I read!
Keep writing, reading, and have a wonderful end of summer.
Marla