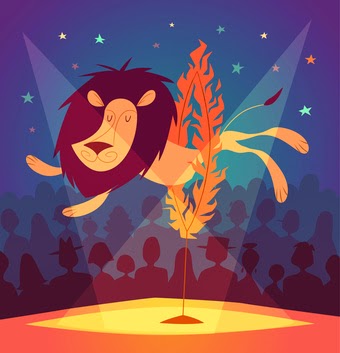 James Patterson’s books are a prime example that the entertainment factor sells books. Say what you will about his methods—they work. Patterson’s books entertain the reader. How?
Patterson leaves out the fat. His books use a bare minimum of things like character and setting description, narrative, and back-story. At the same time, they always have an action-packed plot!
Readers can’t get enough; Patterson has a new book on the top ten NYT list at least once a month.
NYPD RED 2 begins when police in NY find the body of a woman (dressed in a hazmat suit!) on the carousel in Central Park.  Turns out, she’s the fourth in a series of similar crimes. Detectives Zack Jordan and Kylie MacDonald search for the killer amid things like public pressure, and political and personal secrets. The story is a great suspense read.
Is NYPD RED 2 a literary masterpiece? Of course not. But it’s definitely five-star entertainment.

What writers can learn from Patterson’s style.
1.     Scarcity of description, both of characters and scenes, make for an easy read. Many readers (myself included, I’m afraid) will skim right over any that are more than a few sentences.
2.     Short chapters, while they don’t guarantee a successful book, make it easy for a reader to set the book aside when necessary. Few readers have the luxury of reading a book nonstop for a long period of time. Personally, I find short chapters addictive. Often breaking off in the middle of the action, I have to see what happens next.
3.     Series books  Readers love series books, and Patterson has at least nine different series, each one with a new story at least once a year.
4.    Multi-genre offerings Writing in more than one genre opens your writing up to a greater number of readers.
5.    An occasional flop Patterson does, now and then, publish a book that disappoints his fans. Granted, taking a risk isn’t nearly as chancy when you’re cranking out as many books as he is, but the lesson to be learned is: we can’t be afraid to publish an occasional book that might not be everything our readers want. We need to learn from it and move on.

I know I’ve written about Patterson before, but there is so much to be learned from his writing. Patterson is in the business of writing, and his goal is book sales, a goal many of us share. His work is worth checking out for those of us struggling to get readers’ attention.  Sure, there are some authors out there whose goal is literary perfection rather than sales. But in my last post I talked about the need for books to be entertaining and no other author exemplifies that point better than James Patterson.
Hope you’re all writing productively and also finding time to enjoy the beautiful weather we’re having.
Marla
Posted by Marla M at 8:00 AM 24 comments: